The baroque aesthetics and the Versace’s luxurious richness of the Medusa Gala decòr enriches even further the glamorous Rosenthal Versace collections dedicated to the mythological creature.

The Medusa becomes extremely elegant and refined against the dazzling white porcelain background enveloped by the gilded filigree and intricate baroque ornaments. The collection is a bit subdued in terms of colour featuring an ornate pale grey and white pattern with or without gold accents.According to ancient myths Medusa was one of the three Gorgons which in Greek mythology were sea monsters with gold wings, snakes for hair, and turned anyone who looked directly at them to stone. The three sisters represented perversion in its three individual forms: intellectual, sexual and moral. Medusa’s snake hair locks were a punishment from Athena. The once extremely beautiful mortal was punished by Athena with a hideous appearance and loathsome snakes for having been raped in Athena’s temple by Poseidon.

Gianni Versace chose this Greek mythological figure as his luxurious logo because she made people fall in love with her and they had no way back. He hoped his Maison would have the same seductive effect on people. Indeed the sumptuous Medusa head is the protagonist of many Versace collections in different rich colours and refined details making them unique and highly desirable among Versace cult followers.

The Medusa Gala is ideal for those who wish to bring home the magnificence of gold combined to the sophistication of the Versace patterns ideal for gala dinners as the name inspires. The “Medusa Gala Gold” line, adorned with a full-faced gold plume and ribbon motif, is even more luxurious.

Versace Gift: a Luxury in its Opulence 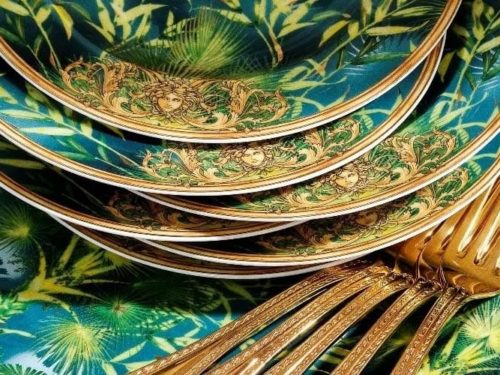 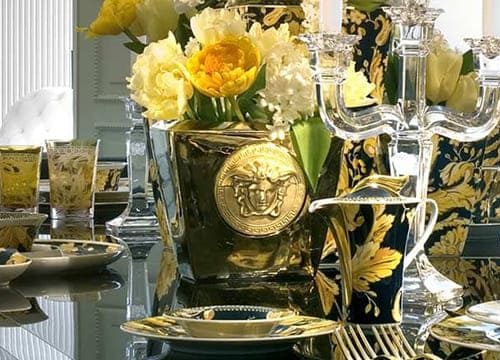 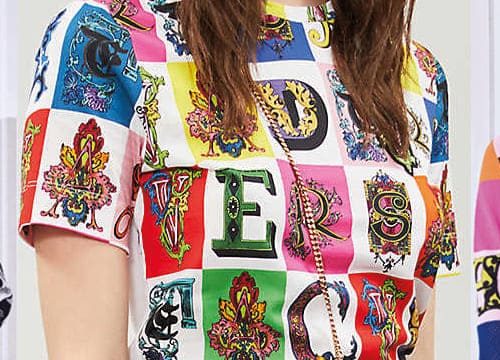