Puiforcat Elysee Flatware together with the Royal pattern fully demonstrate the supreme craftsmanship of one of the oldest and renowned silversmith’s brands in the world.

Its exceptional quality combined to the uniqueness of the design of every single piece makes it unique and worth admiring. Puiforcat is not just a brand with a century-old history but a family-run French company and one of the few workshops in the world that have managed to preserve their heritage.

Puiforcat is a legendary silversmith brand famous for its high quality, uniqueness of its style and the oldest traditions that were handed down through centuries for many generations.

Its history began in the XIX century in one of the Parisian neighbourhoods, when the brothers Emile and Joseph Marie Puiforcat started to create their artworks for sell using sterling silver.

After some years, their workshop get the award of being one of the best silversmiths companies in the whole France.

Subsequently, the masters began to produce replicas of various antique creations and items for home from the XVII and XVIII centuries, also earning the right to become a supplier of these items to the imperial court.

Puiforcat Elysee: a Flatware for a President and Not Only

The story of Puiforcat Elysee flatware begins at the end of of the 1940s.

The French president Vincent Auriol decided to use this magnificent pattern on his special occasions  the Elysée Palace while receving special guests from all over the world.

Puiforcat is a magnificient handcrafted collection that shows the exceptional mastership of Puiforcat legendary artisans.

Puiforcat Elysee takes its inspiration from the Regency style that was during the period under Louis XV from 1715 to 1760 in France.

The delicacy of this artwork is accentuated by the combination of mat and shiny surface.

As well as there are the parts that seem to be almost pulled out and the others to be cut deeply from the inside.

The hand-crafted Puiforcat Elysee Flatware is characterised by the opulence of its motifs that are delicately and carefully engraved by its artisans.

The handles of Puiforcat Elysee Flatware are embellished with the usage of traditional silverwork techniques that require high precision in order to achieve its characteristic lines.

The particularity of Puiforcat Elysee as well as all the other sterling silver flatware collections that it is made from the high percentage of sterling silver that is 930/1000.

It’s really interesting that some pieces contain indeed more than 100 gr of this precious material.

Puiforcat Elysee Flatware has an everlasting design, perfect for any table and is handcrafted in sterling silver.

The Puiforcat Elysee Collection consists of 42 pieces each of which is created with a highest precision and perfect in engraving details of its pattern.

The Puiforcat Elysee Flatware within its numerous variety of 42 pieces contains non only classy dinner set like forks, spoons or knives.

This stunning and outstanding flatware as well as the Royal cutlery collection contains utensils for unusual dishes like snails, lobsters, oysters and caviar.

Puiforcat Elysee Collection is complete and has really everything you need.

There are asparagus tongs or a Gravy Ladle or an individual butter spreader that you can perfectly use in your everyday day life making each of such moments special.

Puiforcat Elysee consists of special items that are used for sweet and desserts.

You can find a spoon for ice cream or a classic cake server as well as sugar tongs o traditional dessert spoon.

Puiforcat Elysee Collection has as well two sugar spoons one of which is an uncommon pierced model that shows with its magnificent decorations the mastery of Puiforcat artisanship.

Puiforcat Elysee 5-Piece Place Setting Flatware is a dinner set in sterling silver suitable for one person’s needs for a full dinner service.

This Puiforcat Elysee set includes 1 each of the dinner spoon, dinner fork, dinner knife, coffee spoon and a dessert fork.

This Puiforcat Elysee 5-Piece Place Setting Flatware with its classically historic look will be a perfect addition to any table, admiring all your guest with its splendour.

Puiforcat Elysee Flatware Collection includes a spectacular 24 pieces gift set, a supreme quality combined to the perfection of its lines and decorations.

This Puiforcat Elysee Gift set is includes dining sets for 6 person these are 6 dinner knives, 6 dinner forks, 6 dinner spoons, 6 coffee spoons. Elysee dining gift set of 24 pieces is not just a cutlery to satisfy all your demands, but it will become a perfect accent for all your special occasions.

Any question about Puiforcat Elysee Flatware?

If you have any special requests or require further information about Puiforcat Elysee Flatware, Scopelliti 1887 staff will be pleased to assist and advise you. 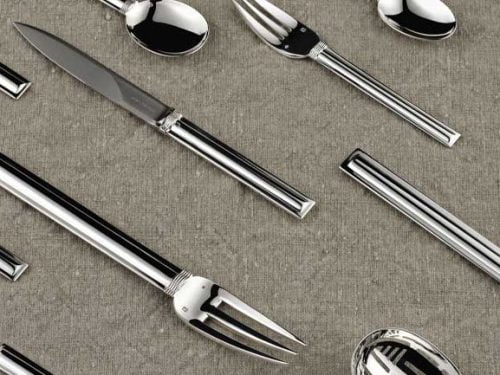 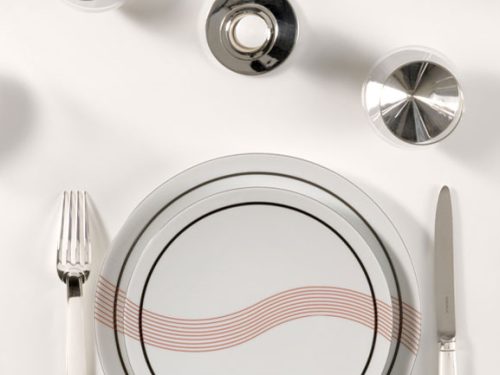 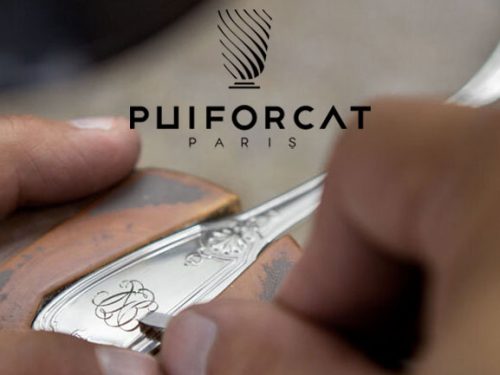 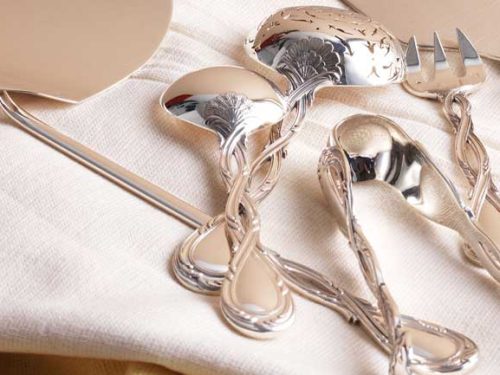 Puiforcat Royal Flatware: a Majestic Sophistication on Your Table 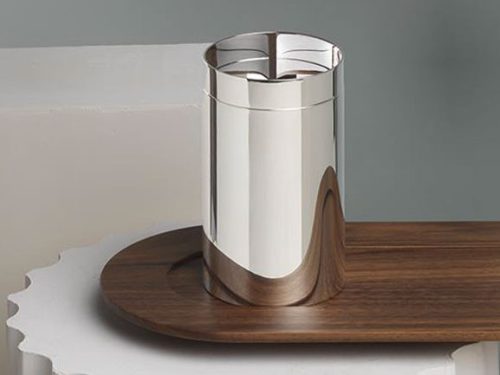