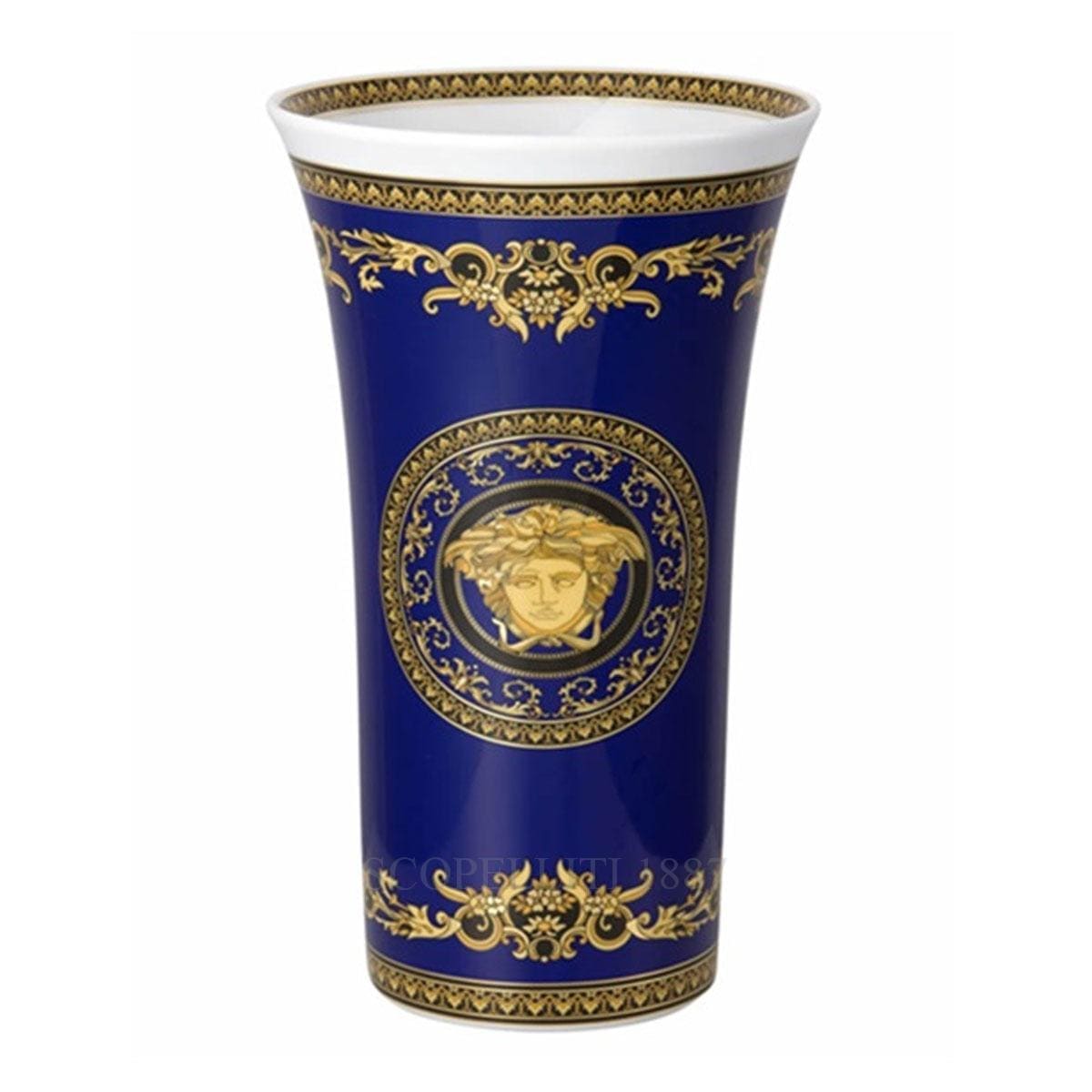 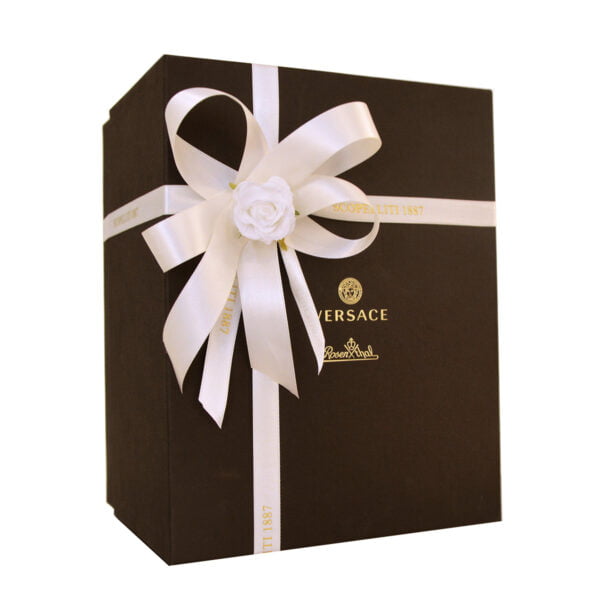 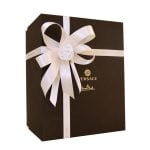 The ancient Greeks used the Gorgon’s Head in plate decoration to bring good fortune and ward off evil.
Versace resumes the belief with this refined vase that stands guardian of our table.
The world of Versace brings elaborate blues and golds to the modern world through the classical Medusa Head that stand out central, enshrined by elaborate baroque acanthus foliage and luxurious oriental friezes which also border the top and bottom of the vase. read more...

Medusa Blue one of the first dinnerware collections of “Rosenthal meets Versace” mirrors the matchless rich, colour intensive and refined world of Versace with a new contemporary look which lends excitement to the classic pattern.
The pulsating brilliance of the lively royal blue, the elegance of the black and the magnificence of the gold: a colour spectrum which dominates the extremely elegant and modern tableware collection and enshrines the sumptuous golden Medusa emblem in a deep blue sea.
According to ancient myths Medusa was one of the three Gorgons which in Greek mythology were sea monsters with gold wings, snakes for hair, and turned anyone who looked directly at them to stone.
The three sisters represented perversion in its three individual forms: intellectual, sexual and moral.
Medusa’s snake hair locks were a punishment from Athena.
The once extremely beautiful mortal was punished by Athena with a hideous appearance and loathsome snakes for having been raped in Athena’s temple by Poseidon.
Gianni Versace chose this Greek mythological figure as his luxurious logo because she made people fall in love with her and they had no way back.
He hoped his Maison would have the same seductive effect on people.
Indeed the sumptuous Medusa head is the protagonist of many Versace collections in different rich colours and refined details making them unique and highly desirable among Versace cult followers
The collection was Designed by Paul Wunderlich a German internationally known lithographic and object surrealist artist.
His works are characterised by magic and mysticism and by the use of precious materials such as porcelain.
Wunderlich had been working for Rosenthal since 1978.