Have you ever had a tea drinking from a Hermès teacup? It may sound strange, but it really feels like a wonderful experience, as if the Hermès teacup worked the magic of enhancing taste and aroma of the tea you are enjoying.
Furthermore, each Hermès teacup is a work of art, created with the finest materials by the best craftsmen with a lot of attention to details.
Each Hermès teacup or teapot is a masterpiece of style and elegance and is the natural choice for people who like luxury. Let’s have a closer look at Hermès teacup gift sets and let’s find out which one is right for you!

This fantastic Hermès teacups feature Robert Dallet’s favourite subject, a variety of majestic fierce yet fragile animals in the wild, sometimes playful and affectionate, other times stalking their pray through the jungle. A collection with an exceptional exotic flair.

In this Hermès teacup too, Robert Dallet’s decor conveys a profound empathy for the harmonious and fabulous animal kingdom and manages to capture and preserve its soul. The usual exotic motif features a special embellishment: the inside of the teacup is gold-plated as is the saucer. The Hermès Carnet d’Équateur Gold Teacup is the perfect accessory for any refined table.

The latest Hermès teacups, thanks to their lush design featuring foliage and flowers, offer you a full immersion in a universe both dreamlike and incredibly real. Passifolia teacups and saucers will form on your table an intricate landscape bringing you closer to nature.
When you sip at a Passifolia teacup, the leaf motifs will give you a sense of relaxation and perhaps your tea will taste more refreshing and invigorating than usual.

The geometry of the ironwork motif gives this Hermès teacup gift set visual strength, while the graceful spiral convey a timeless allure. Bold contrasts give a modern twist to the classic design and offer you a stylish combination of elegance and energy.

The H Déco Black teacup set is inspired by the Art Déco wrought ironwork of the Parisian Hermès stores. The black and white motifs are arranged to create an intriguing positive or negative effect. Hermès H Déco teacups, thanks to their modern pattern and their linear and simple shape, are perfect for urban living and people who enjoy sleek and modern design.

Also available in Red and White

The design of H Déco Red Teacups creates the intricate red and white patterns spiralling around the initials HH stamped into each piece of the set. The red and white motifs are arranged to create an intriguing positive or negative effect. As its black and white variant, Hermès H Deco teacups, thanks to their modern pattern and their linear and simple shape, are perfect for urban living and people who enjoy sleek and modern design.

This Hermès teacup feature Arabian horses and horse harnesses forming intricate decorations in the style of Persian miniatures. The galloping horses on the cups seems ready to come to life any minute. The Cheval d’Orient motifs reminds us of the Silk Road caravans and of the conviviality of the Far East.

These teacups, whose thin porcelain shows a fascinating see-through effect, are evocative of the magnificent luxury of the long lost Persian Empire.

Joyful horses enjoy their freedom, galloping across the steppe and climbing wooded hills.  Resplendent in their brightly coloured saddles, they seem to have just escaped from a Persian legend. The floral and multicolour pattern dotted with gold on the edge and bottom of the cups evoke the Silk Road and the splendour of Eastern hospitality. The Cheval d’Orient tea set contains six Hermès teacups, each one featuring a different horse design, so you can collect them all!

If you prefer to buy Cheval d’Orient teacup individually, here are all six variants.

The hypnotic and fascinating design of the Hermès Mosaïque au 24 teacup set is the brand trademark design and a tribute to the ochre and gold scheme of the famous floor in the original store at 24 Faubourg Saint-Honoré in Paris, birthplace of Hermès in 1926.
Sipping at these teacups is a unique experience, as soon as you put your lips on the thin porcelain you are transported to a world of beauty lit by the tiny and shiny golden tiles hand painted on the cups.

Hermes A walk in the Garden Tea Cup

Twigs, leaves and grass shoot up through latticed and chequered patterns to create an imaginary garden on your table. A Walk in the Garden Teacup gift set by Hermès is a dreamlike stroll somewhere between figuration and abstraction, through colourful designs that look like they’ve been drawn directly onto the porcelain.

Each piece from the Hermès Bleus d’Ailleurs collection is handcrafted and hand painted in Limoges, France. The blue and white decor on each cup is remarkable and amazingly perfect in every detail. The porcelain used comes from a very special white sand, only found in one region of France and finer than others and, therefore, is lightweight and almost translucent. Hold one of these feather light teacups against the light to enjoy a mesmerizing see-through effect.

The tea ceremony is a ritual that originated in China. According to this ritual, tea is not just a simple drink, but something sacred and spiritual. This is why the tea ceremony must follow very precise rules and everything involved in tea making must comply with those rules.

In the second half of the Seventeenth century, tea crossed the ocean to reach England. At the beginning, it was used as a medication, but then became very popular among all social classes as a drink. The only difference was that lower classes drank tea at evening meals, while upper classes enjoyed it served in fancy china cups and together with pastries and sandwiches, mainly around five in the afternoon. Thus the tea ritual became a status symbol.

Over the centuries, tea has lost the status of exclusive drink for upper classes to become a beverage enjoyed all over the world by anybody wishing to relax or share a moment with friends and family. Of course, the nicer the teacup, the nicer the moment…

Being aware of that, Hermès devotes special attention to creating luxury cups and teapots, always stylish and refined, in various designs and colours to satisfy everybody’s tastes.

Have you already decided which Hermès teacup you like the most?

Any question about Hermes Tea Cups?

If you have any special requests or require further information about Hermès Teacups, SCOPELLITI 1887 staff will be pleased to assist and advise you. 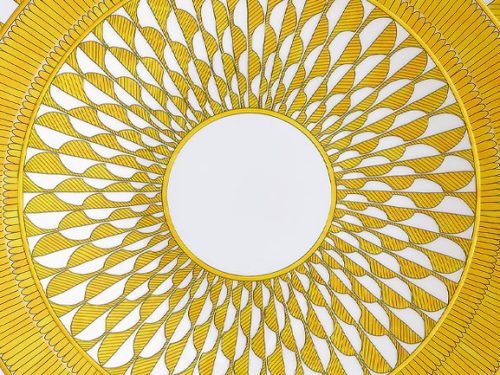 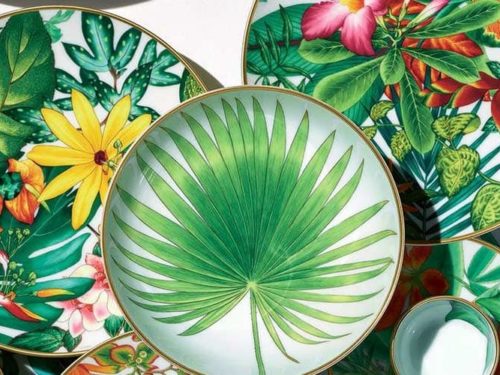 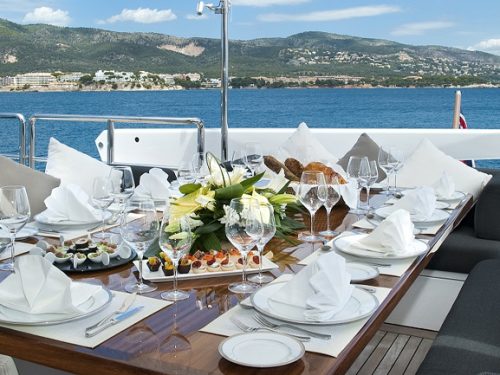 Luxury Yacht Tableware: an Elegance that Follows You Onboard 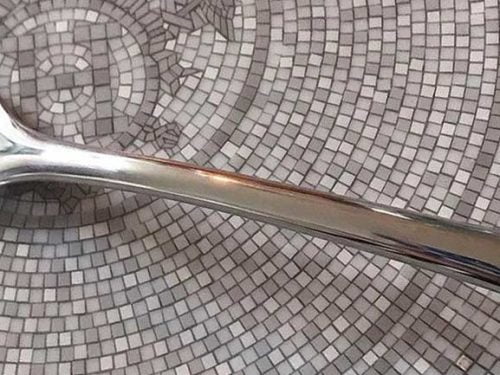 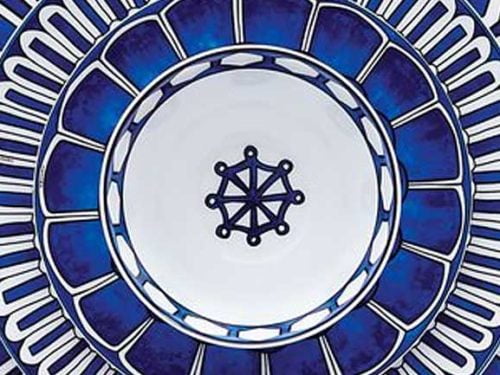 Porcelain Plates: an Antique and Refined Work of Art 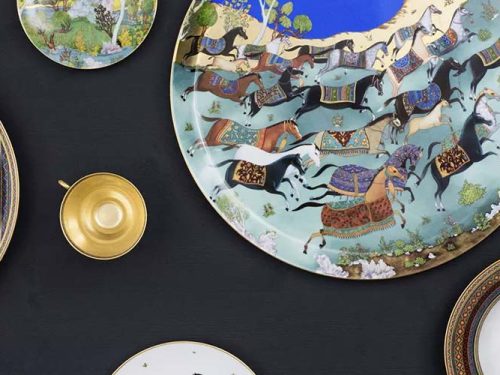 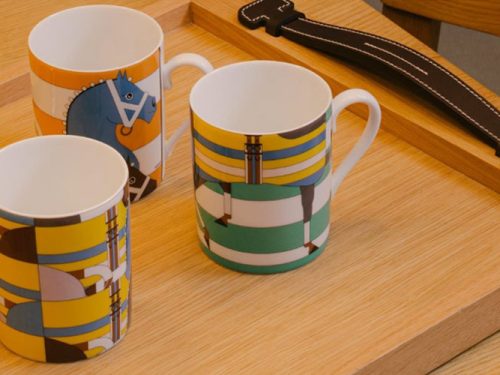 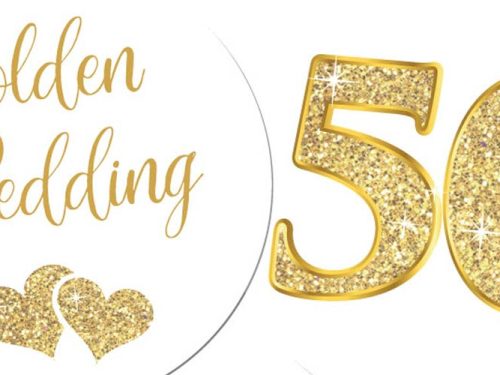 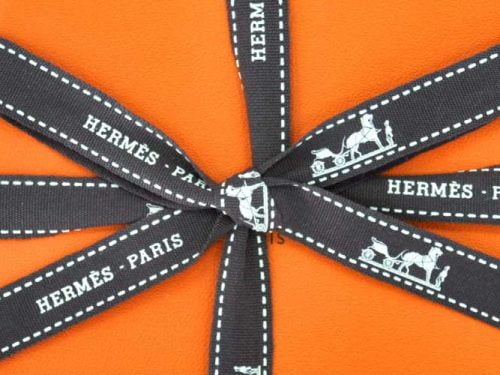